The Origin Story of My Refuge House 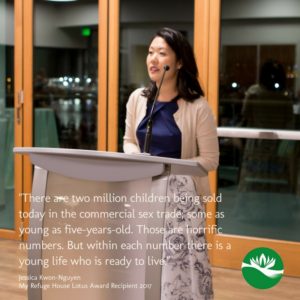 It was almost 10 years ago [2008], when I introduced a book I had just read, Terrify No More by Gary Haugen (CEO and Founder of International Justice Mission), to a small group of us who were meeting with a simple goal – make a difference in the world. This book I had read detailed the efforts of an organization, International Justice Mission (IJM) who had decided to bring down sex trafficking in Phnom Penh, Cambodia – a place known as the number one destination for child sex trafficking. Now, there are obviously a lot of sins in this world, but I believe near the top of the list, in a most perverse manifestation, is the evil of child sex-trafficking. To use a child, to sell them, for ones perverse sexual pleasure — well that is something I don’t really have to spend a lot of time talking about to convince you this is evil. It is so OBVIOUSLY wrong. There is no gray area or politics in this. And yet, it happens every day. Human trafficking is the world’s 3rd largest criminal activity, with 80% of the victims being women and girls. Nearly 2 million children are exploited in the commercial sex industry today. At $32 billion dollars a year it is a thriving industry in its coldest terms.

As I read more about this issue, the young ages of the victims, the lives that are stolen from them, I was, as I believe any rational person would be, horrified. How could such an atrocity, something that we can all agree on is so wrong, be so prevalent? I could only conclude that it is because, to paraphrase Edmund Burke, this evil exists because good men do nothing.

Now, most of us have a north star which guides our decisions, values and actions. My north star is summed up in this quote I often cite from Alan Paton’s book Ah But Your Land is Beautiful:

“When I go up there, which is my intention, the Big Judge will say to me, Where are your wounds? and if I say I haven’t any, he will say, Was there nothing to fight for? I couldn’t face that question.”

Having read this book and knowing now what I did about this issue I knew this was worth fighting for. That I could not just co-exist in a world with this kind of evil and say that was okay with me. I couldn’t live with that. But what could I do? What could this little group do? Right? What can any of us do when faced with such an insurmountable problem? We listened and learned. As this small group of ours read this book we saw how this organization, IJM, was making a difference through their investigations and prosecutions by creating a lasting societal change. The book clearly detailed the process in which to make a difference to a whole community: 1) Investigate 2) Rescue 3) Put children in aftercare and 4) Prosecute perpetrators.

Most of the countries that had this type of activity had strict anti-trafficking laws. Enforcing those laws is another story. And so the book detailed the raids and the efforts of prosecution. However, one thing struck out to me while reading this book. Many of the areas in which this type of activity occurred were areas with poor social programs. And so these agencies could rescue the girls and try to prosecute the pimps and the brothel owners, but there were no places to put the girls after the rescue. Think about that. People who know where the girls are, know them by name, who have the ability to get the girls who are being abused nightly out and who have evidence to prosecute the abusers, and they cannot because they have no place to put the girls. Many of these girls were sold into this system by their own families. This lack of aftercare is a limiting factor in rescue.

I saw this myself while walking down the red light district with one of the undercover investigators on one of my early visits to Cebu. This investigator knew who these girls were. Knew them by name. Could point to any brothel and tell us how many girls were there, the ages, the nationalities. But they couldn’t rescue them without any place to put them. And we saw the governmental facilities overflowing with girls, sleeping on the floors. Many had no programs for education.

As I said earlier, evil exists when good men do nothing. But amazing things happen when people decide to take a stand. After our group presented this issue to our very small church of 90 people, a church that had been meeting at a golf course for years due to not having a building, the church responded. Within an hour the elders of the church decided to give up the building fund to start the seed money to build an aftercare in Cebu. This small church, New Heart Community Church, in southern California decided to do something. And over the last 9 years countless people have come alongside this organization, and these girls to say, we will do something.

What My Refuge House has aimed to do for the last 9 years is to be a transformative aftercare for the community of Cebu. Through the vision of the board, and the leadership of those who have carried out that vision, the people and community who have come alongside this organization, the children who come to this home don’t just have a place to stay, but they are given psychological care, education, social services, and the ability to survive and thrive on their own. MRH is setting the bar for the social work community of Philippines and showing that comprehensive programs for these girls can make them, not just survivors or rescued victims, but restored individuals with amazing potential. That is community changing.

On the last night of my first trip to Cebu, I saw glimpses of that potential that we are realizing now in some of the girls who have gone through the program. Our team was asked to volunteer in the aftermath of a surprise raid. About 15 young minors were rescued. A busload of girls was dropped off– hysterical, crying, just sobbing out. Some had razor cuts on their arms or cigarette burns. They were utterly confused and my job was to calm them down. The girls were tired, hungry, and some hadn’t slept for days since they “worked” the night before. Well they did calm down and started laughing and talking to us.

While the girls were processed, the social workers told them what was going on. That this was a safe place and what they were trying to do here. One by one the girls came back from their interviews SMILING and telling the other girls. The girls were getting excited about seeing their families again. One of them told me the last time she saw her mother was in October and she couldn’t wait to see her. Another girl next to me then asked me to teach her to write in Korean. She was EXTREMELY intelligent. She was only 14, but knew English the best out of all the girls and she picked up putting Korean characters together. She was working on it intently for 3 hours while the other girls were watching a movie. I thought she was trying to write a “boyfriend” as she asked me “how to you write ‘love’ or ‘come back’?” and she wouldn’t let me see her note. So I would teach her but also told a social worker as a warning. As we were leaving and the girls were hugging us goodbye, the girl who was learning Korean put the note in my pocket. I was overcome with emotion and told that same social worker, “This girl was writing to me!” She wrote: “Big sister, thanks for everything! You’re very nice to me. And thanks to teach me how to write Korean. I love you, good bye!” — (her name). I’ve never had a more simple or impactful love note given to me in my life and I still cherish it. 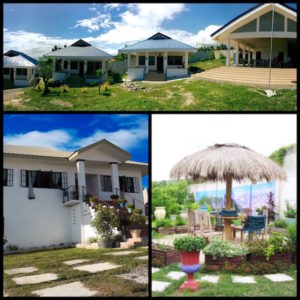 The night before, this very girl was, in cold hard terms, a business transaction. That day she emerged with hope for a vibrant future. At the moment there are 2 million children being sold in the commercial sex trade, some as young as 5 years old. Those are horrific numbers. But within each number there is a young life who is ready to live. Who needs not only to be rescued, but to be provided with a safe home and a place for counseling and rehabilitation.

What we do right now matters. A Drop For Your Bucket: Hope
Scroll to top