“Please go around the room and tell me what you’d like to learn this semester,” I told my students at Biola University on the first day of the semester.

“My sister was trafficked when she was 12 years old,” was not what I expected anyone to say. But one of the students in my class said exactly that, when asking for more information to understand the long term effects of that type of experience.

This past fall 2014 semester, I was given an incredible privilege– to teach my first college course. “The Sociology of Human Trafficking” was over in the blink of an eye (although I wish I could have blinked a little faster when it came to getting papers graded!) but this story from one of the students stuck with me and confirmed so much of what I see often, when it comes to trafficking. 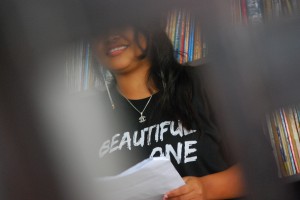 The student never said anything else about her story, or her sister’s experience in class. So I asked her if she would join me for coffee and tell me her story. It was heartbreaking.

Her sister was 12, and she was 14. They were living with their grandparents in San Diego, and being raised by their single mom. Her sister ran away often and was having a tough time relating to her family. It’s not easy being in junior high, and it’s a lot less easy when your mom is working away from the family, your father is not around, and finances are really tight. The student in my class became a Christian in those years, finding support in her church community. Her sister, in addition to running away and picking fights with family members, opened up a myspace account without her parents knowledge and began befriending other “teens” online.

Then, one day, one of her new “friends” who claimed to be 13 years old, asked her to come over for a sleepover. She knew her mom and grandparents would never agree, so she went without telling anyone. And didn’t come back.

Her family called the police when she didn’t come home. They put out missing child alerts all over the area. This was San Diego, California, 4 years ago. Her traffickers covered her in bruises, beating her until she did their bidding. 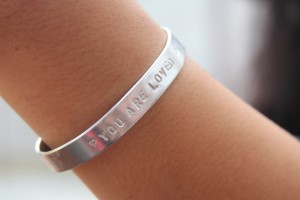 On the 4th day she stole a cell phone and called home for a few seconds before they forced her to hang up, but it was enough for the police to track her. On the 5th day after her disappearance, the police found her in an old hotel room on the far side of town with numerous other girls and women. All of them were being sold for the profits of some one else.

This story is awful, and my heart breaks for her family and all that they experienced. I cannot imagine living through it. I’m so thankful that she was rescued. But unfortunately, the story didn’t end with her rescue. It never does.

Recovery from trauma is very difficult. Hearing the student’s story reminded me so much of the girls at My Refuge House. When her sister was rescued 4 years ago, the following years were very, very hard. They moved away from San Diego to give her a new start, but she was never willing to talk to a counselor and really struggled. She shut down emotionally. She lashed out against the people who cared about her the most. She was arrested for assault a few times, taking out her anger and aggression on her family, mostly. At the age of 14 she was pregnant and in juvenile hall. 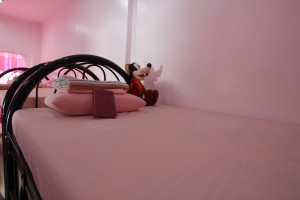 She had a son at the age of 15 and her mother and sister helped her raise him while she finished high school. They moved back to San Diego and started working with a great program that works with adults and youth who come from a variety of backgrounds, but are all looking for a second chance. And through the support of that community, she’s now able to tell her story, to take control of her own life, and to find herself among others who understand what she has been through.

Our girls have found a similar place, a similar refuge from all they have been through. And they are at various stages of this same process. Some have shut down, refusing to talk, consumed by anger. Some have lashed out at those who care about them the most. But most eventually arrive at a place where they are empowered by the ability to move on, to a new future, a hopeful future, a new life.

As you celebrate the coming of a new year, may your future be bright and hopeful. And may your prayers be resting with those near and far, who have experienced the worst and are looking for a safe place and a hopeful future.

Will you help us continue to provide safe and healing place for girls like this? Click here to donate today!