I guest-blogged three times for the “The Marcella Project” in the past couple of weeks. It was a great honor to be featured by Jackie Roese and her incredible ministry. You can read all three of them at : http://www.themarcellaproject.com/blog . But I thought I should share this one with all of you, because I know how much you love to hear about our girl’s stories! 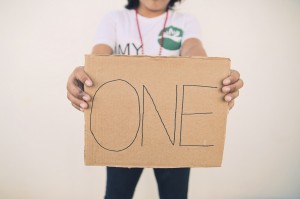 Jamie [not her real name] was rescued from a trafficker by law enforcement and taken to a shelter. She seemed to get along fine in the shelter and at her request, was sent home to be with her parents.

But a few weeks later her parents didn’t know what to do. Their daughter was missing again, and they were sure that the same “friends” who had sold her before had done it again.

So they asked for help. Help us find our daughter, they said. We don’t want her to be trapped in that situation, but we don’t know how to help her.

International Justice Mission (IJM) found Jamie again, and social services asked if they could put her in our home.

Jamie is a beautiful 16 year old girl. She walks with confidence and holds herself in a way that her peers would not question anything she says. She was respectful and sought to please everyone. She said that she loved her parents and didn’t want to hurt them. So why had she been so vulnerable to being trafficked? How had her “friends” so easily sold her? 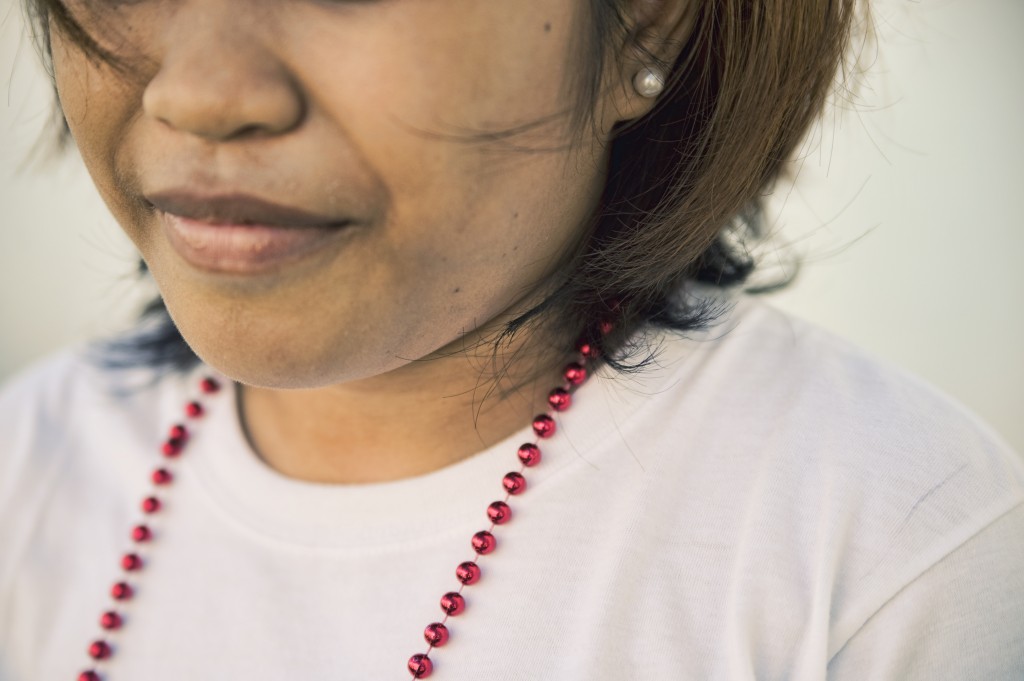 About a week after Jamie arrived in our home, we found out. She told our social worker that when she had been about 10 years old, her grandfather had raped her. She had dropped out of school and started to hang out with the wrong crowd. She never told anyone about it, because she was scared her parents wouldn’t believe her. Or worse, she was scared they wouldn’t do anything about it, even if they did believe her.

But perhaps you’d rather hear it from Jamie herself? Here’s what she wrote recently about herself:

I can never forget my past, and the experiences in it.

On my paper, I drew customers giving money, because when I think of the place where they usually brought me, I think of money, sex and customers. I had to entertain many customers, it’s like a life cycle for me, that I could not escape. 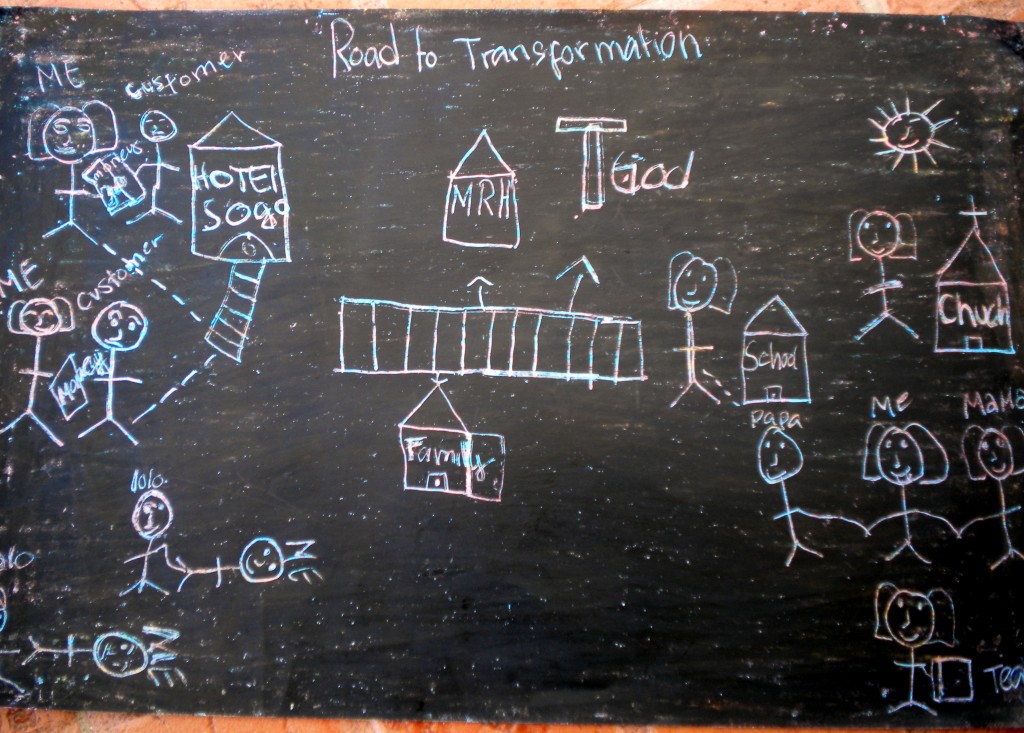 This is the drawing Jamie made, depicting her life story.

I cannot forget the abuse of my grandfather (lolo) either. He raped me so many times. I was very young, and even though I never told anyone about it, it affected my life in every way. I dropped out of school and ran away. I considered myself worthless and believed my parents could never love me. 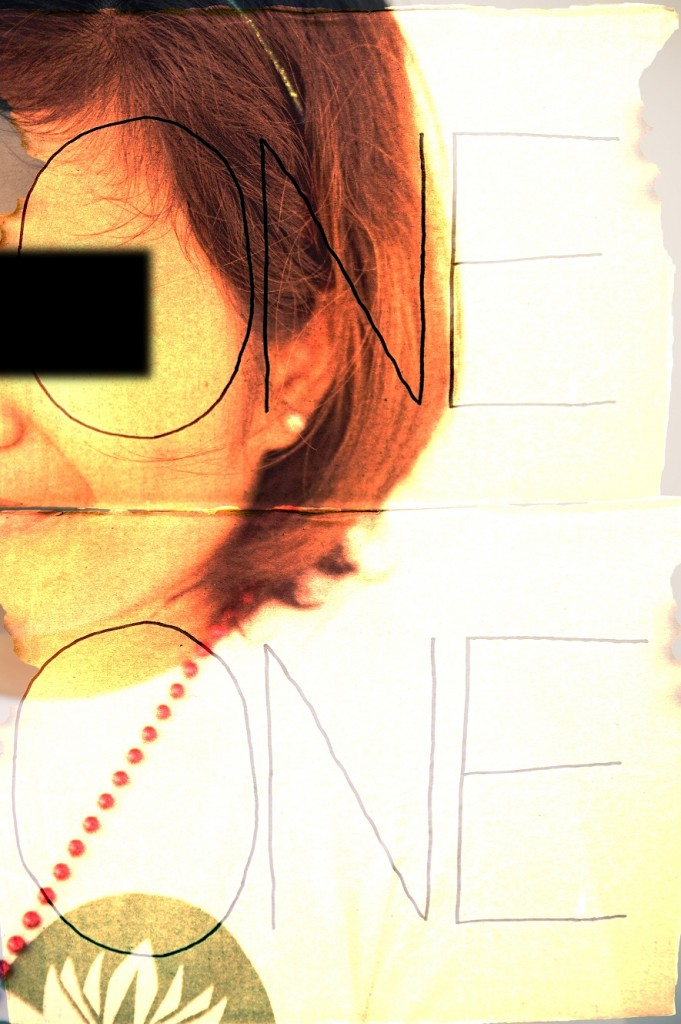 These are the most unforgettable, painful experiences of my life. I cannot forget them and they will always be a part of my history. Because of the trafficking and the abuse, I thought that there is no future for me. But I was wrong. With God’s help, he brought me to a safe place that became my second family. My Refuge House helped me to become a good person with ambitions and goals in life. I have changed a lot here and they gave me chance to finish my studies.

My family is also very supportive of me and they still accepted me despite my dirty past. My Refuge House gave me the support to tell them, and now I know they love me so much because of how they accepted me as me and didn’t reject me. With God’s help, because he guided me and praying has also become part of my life. These three serve as my ladder toward transformation in my life. I now know there is a brighter future that is waiting for me when I return to my family.

Jamie is just one of many.

But she is ONE. One who was rescued and restored.27 million to be exact. 27 million is how many people are estimated to be held in forced bondage, all around the world.

One who has hope to move on from her terrible past.

And she is worth the fight.