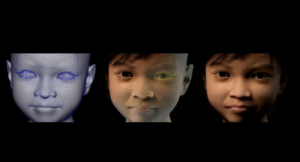 “With the help of Sweetie, a virtual 10-year-old FIlipina girl, Terre des Hommes Netherlands were able to identify over 1,000 adults from more than 65 countries who were willing to pay children in developing countries to perform sexual acts in front of the webcam in the span of less than two and a half months. The video footage of these sex offenders have been handed over to the police.”

In an increasingly globalized world, ideas, culture, and commodities are easily accessible with just a click of a button or via a short plane ride. With this increased interconnectedness also comes the relative ease of the movement of people, sexual predators and victims alike, across international borders. Nowadays, there is no region in the world untainted by some type of commercial sexual exploitation. According to the Women’s Support Project, commercial sexual exploitation takes on many forms such as brothels, sex trafficking, mail order brides, sex tourism, pornography, prostitution, stripping, lap dancing, and phone sex companies. More recently, this crime has become more and more invisible as perpetrators use the Internet and mobile phones to plan and to exploit victims in both in-person and online encounters. Cybersex trafficking is a serious and emerging crime encouraged by the Internet’s affordability, accessibility and anonymity.

In Southeast Asia, this particular niche has boomed due to the increase in Internet usage and access to high-speed Internet coupled with its profitable tourism industry. This region is seeing more webcam-based child sex tourism, particularly in the Philippines, where this form of exploitation thrives thanks to the widespread use of spoken English that facilitates communication between the commonly Western offender and the victim (ECPAT International). The International Justice Mission described that in traditional sex trafficking cases it has handled in the Philippines, only 1 out of 307 victims were younger than 10, with the median age being 16.3 years old. In IJM’s first 20 cases of cybersex trafficking, 54% of the victims were 12 years old or younger and had a higher proportion of male victims than traditional sex trafficking (International Justice Mission UK). Unfortunately, many parents and family members fail to see the crime in selling their children for cybersex as the family earns income and the child may not be physically harmed (Trinidad). 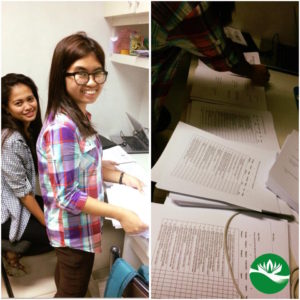 In addition to providing holistic care for some survivors of cybersex trafficking, My Refuge House has a Community Outreach and Prevention Program. Through this program, we partner with local communities, organizations, and universities to assess risk factors and provide information about ways to prevent sex trafficking and abuse. We still have a long advocacy journey to travel! Pictured here: Remebie and Jedz. Jedz is leading our Community Outreach Program and Remebie works in the community focusing on the families and communities of our girls.

As commercial sexual exploitation evolves into new forms with the help of technology, it is evident that governments and those fighting against this crime must take on an equally modern and customized response. This may involve utilizing technology to combat an increasingly digital crime, diverting some of the  much needed prevention and rehabilitation resources to lesser-known male victims, and also educating families of the repercussions that commercial sexual exploitation, particularly cybersex trafficking, has on the victims.

Trinidad, Arnie C. Child Pornography in the Philippines. UP Center for Integrative and Development Studies and UNICEF Manila. 2005. Web. 31 Oct. 2016.

“Restoring One Life At A Time” would not be possible without incredible people like you. Consider making or increasing your financial contribution to support our girls today. Click above or Text “MRH” to 41-444 to donate today! Thank you.

Bone-tired and Soul-FULL Have you ever had a life lesson moment?
Scroll to top