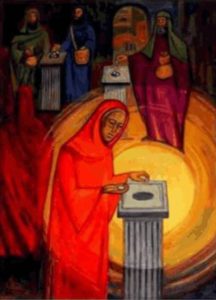 As Jesus was sitting opposite the treasury, He watched the crowd placing money into it. And many rich people put in large amounts. Then one poor widow came and put in two small copper coins, which amounted to a small fraction of a denarius. Jesus called the disciples over and said, “Truly I tell you, this poor widow has put more than all the others into the treasury.” Mark 12:41-43

My Refuge House participated in the inaugural BOLOmarket this past Saturday. Located in Southern California, the market aims to become a vital destination for the community of artists, designers, vintage collectors and makers eager to set up shop and connect with their audience locally and beyond. We were invited to be the sponsored non-profit. Because we are also eager to connect with others locally and beyond, it was a great opportunity for us to share the story of My Refuge House and invite others to be a part of it.

Many people stopped by our table to find out more about My Refuge House. Some of them made donations or signed up to receive our newsletter. During the downtime between interested people, I tackled a couple spreadsheets on my laptop.

Toward the end of the afternoon, a woman stopped by the market who did not seem like she was completely in her rational mind. Upon seeing our banner, she came over and initiated conversation. Her speech was somewhat erratic and jumbled. I will admit that I jumped to some pretty quick conclusions. I was not cold to her, but I also wasn’t what I hope is my normally engaging and wide open self. I was too focused on the progress I was making with a spreadsheet. She mumbled something about how we should do something. I said, “Yes, I know…there’s much to do.”

She walked away and I went back to my spreadsheet. She reappeared three minutes later with a dollar. As she gave me her dollar, she apologized that it wasn’t more, but that she only had twenty dollars left from her state check. 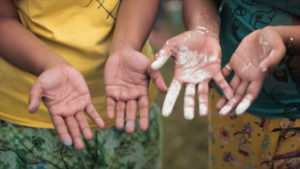 I was leveled with humility. Wow! I had just met the poor widow in Jesus’s parable. I had just met someone who willingly gave one of her last dollars without hesitation to help better the life of a stranger.

Then I thought of our girls. They have so little, but they give so much. They encourage and inspire each other and strangers to bring what they can to make the world a better place.

It was definitely a life lesson moment that matched the Christmas season…a season that is all about how someone who seems vulnerable and insignificant has the power to change the world.

With gratitude and peace, Heather 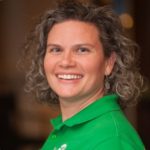 Heather Bland is the CEO of My Refuge House. She loves to tell stories and talk about strengths. Feel free to email her at heather@myrefugehouse.org

Cybersex trafficking: A modern take on commercial sexual exploitation Who would you be?
Scroll to top