I am often asked some variant of this question: “How can we stop trafficking, once and for all?” 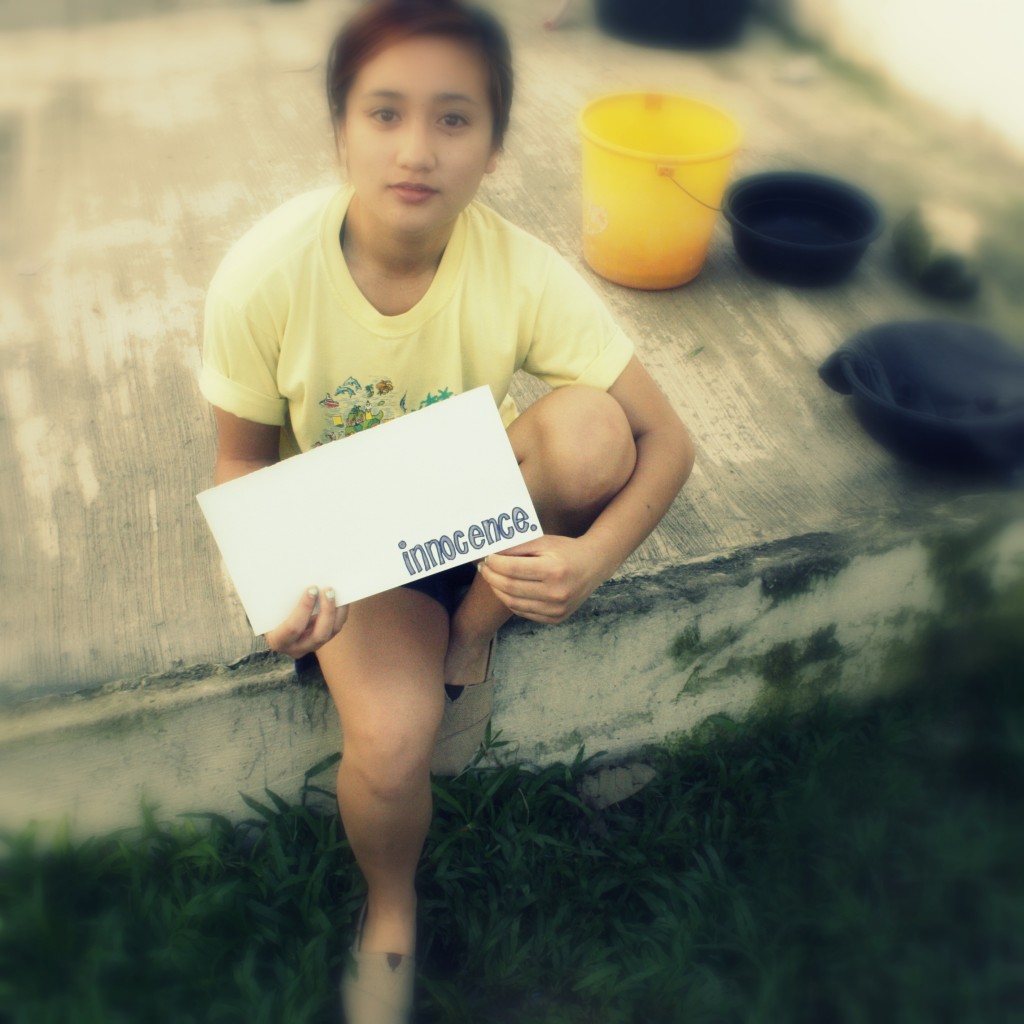 There are many different approaches you can take to this question, and many different answers that are (at least partially) correct. Some people will say that you need stricter laws so that traffickers will be more fearful and less likely to take the risks necessary to traffick persons. Some  will say that until the demand for sex and labor is addressed, the problem will always continue, and that interventions with Johns should be a priority. Some people will talk about education, some will mention poverty reduction, or family values or cultural norms.

All of these answers play a part. All of these are partial solutions to a problem that has aggressively taken our world captive.

But, because I work with survivors, I think my heart is always bent towards the vulnerable. Prosecution and education and and poverty reduction and demand are essential issues, and I’m so thankful for those who are willing to labor for solutions in those aspects. But, those that are unloved and cast aside… those that come to believe, or are treated as if their life is worth nothing, those are the ones I want to fight for, with, and alongside. How can I, how can we, protect the vulnerable, and enable them to protect themselves?

I attended a Global Human Trafficking seminar a couple of weeks ago, and one of the panelists said something I cannot forget. He said he was interviewing a trafficker, a pimp in the United States. That man smirked at the investigator when he asked about the young girl he had trafficked. The investigator threatened that he was going to get testimony from the trafficked girl he had taken advantage of. The pimp smirked and said “You can ask her anything you want, but the fact is, society didn’t want her, and I did. She’s not going to say anything against me.”

Recently, I was browsing on facebook and I came across an incredible picture. My friend, Keegan and her husband Robby are expecting their first baby. In order to break the news to their family, they gathered their family on the couch under the ruse of taking Father’s day pictures. Instead of telling them to say “Cheese!” they instructed them to say “Happy Father’s Day, Robby!” This picture capture’s both Keegan and Robby’s families reacting in obvious joy, excitement and thrill to the fantastic surprise of a new addition to their family.

Even more than that, I was struck by Keegan’s dedication to put together, not only the surprise announcement, but also this beautiful photo collage. The obvious dedication, love and joy she carries for the yet unborn child she is carrying is so refreshing, when I live in a world that revolves around girls who are unwanted and often discarded at will.

In the United States, the rates of trafficking continue to increase. Awareness continues to increase, but for some reason the problem is not slowing down, and definitely far from stopping. Why is this? American youth are being trafficked, and no one knows about it? How can this be?

Now obviously, this does not provide an answer to the entire question of stopping trafficking, once and for all. But it does give an idea of the complexity of the problem. There are many ways to assist  in the fight against trafficking, and many great organizations who are on their way to accomplishing those tasks. I am proud to say, that we are one of them, and we are so thankful for your support. But if supporting financially isn’t enough. If your question is still… how can we, an average American family assist in the fight against trafficking in a hands on, tangible way?

Because prevention is so much better than cure.

More Services, and the Miracles that Make Them Possible Healing Stories (3)
Scroll to top