January is Human Trafficking Awareness Month. But what good does it actually do to raise awareness? How does educating and rallying people about trafficking actually affect victims? 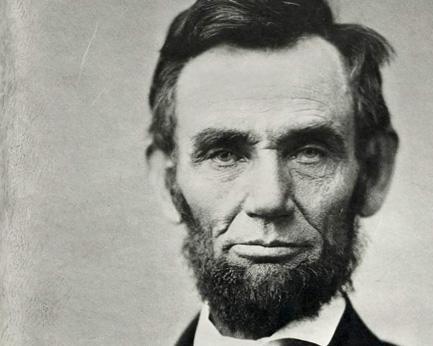 January 1st 1863 is the date that Abraham Lincoln signed the Emancipation Proclamation into effect. Does anyone know how many slaves were actually freed when Abraham Lincoln declared they were free?

None. Not a single slave was set free.

Not on January 1st, 1863. In fact, not in any of the United States of America in the entire month of January that year.

Does that shock you? It shocked me. Have my history teachers lied to me? Was my state paid education wrongly funded?

Turns out, my teachers didn’t really lie, they just simplified the truth so my feeble young brain could understand the history. So what did the Emancipation Proclamation do, if not set slaves free on January 1, 1863?

First, the Proclamation was given right after a huge victory for the Union. It was a way to rally and unite the country, in the wake of that victory, proclaiming the favorable end of the war.

Second, Lincoln set out to demoralize the south, which on January 1, 1863 was technically another nation all together. However, due to the proclamation, poor southern whites began resenting the war, considering themselves pawns for plantation owners to keep their “property.” Also, enslaved blacks in the south began fleeing in larger numbers, towards the North, carried on by the promise of freedom.

Lastly, the document created international pressure. England and France, who had secretly been backing the south could no longer support a country that was enslaving it’s own.

And two years later, the pressure created from the Emancipation Proclamation enabled the Union to win the war, and set black slaves free.

It’s Human Trafficking Awareness Month, and I think we should follow Lincoln’s example.

Use your voice, and tell the stories of victory.

Second, use your voice to demoralize those who are enslaving individuals.

Let’s be an example to the world that slavery matters. It matters so much that it should take priority. When it becomes as important as revenue, trade agreements, and all other types of politics, then it will change things at an international level. Do you know of alliances or business dealings with countries were slavery is not actively being fought against? Write a letter to your senator, and make your voice known about it.

Let’s abolish slavery, in the near future, just like Lincoln did.

P.S. I got most of this history from Stuff You Should Know. Want to read more about the Emancipation Proclamation? Click Here.