This blog comes to us today from Jessica Curiel, who has been volunteering her incredible writing skills for My Refuge House since the organization began in 2008. Jessica was finally able the visit My Refuge House in April 2013 as part of a film team. We are so thankful for Jessica’s love and support! 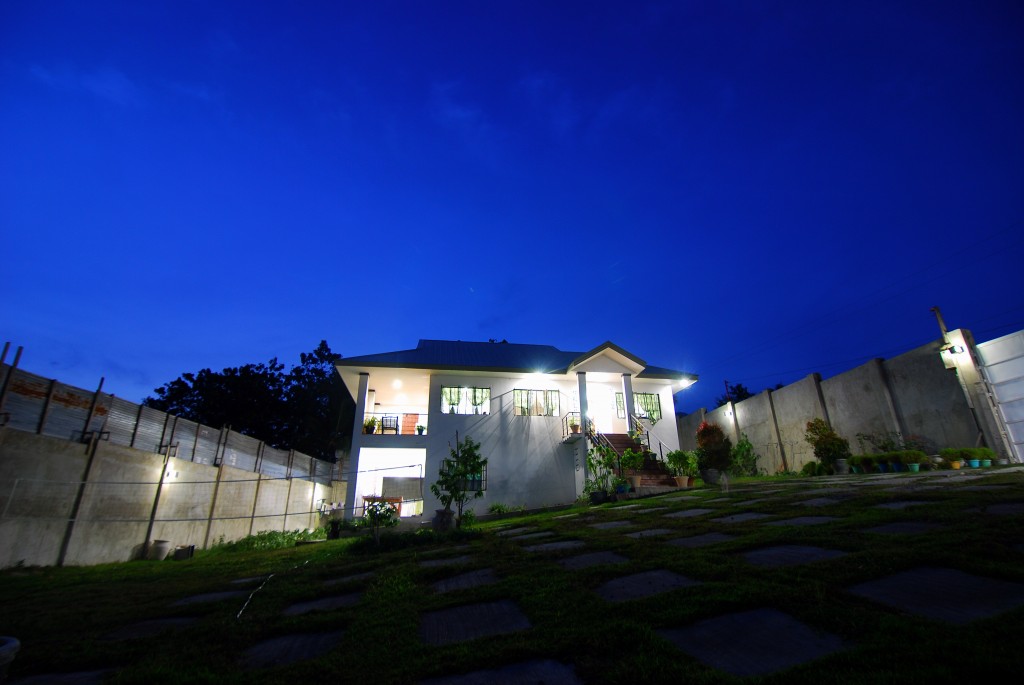 The Philippines is a place with few fences. At least that’s the way it seemed to me when I first visited there last month. Perhaps I’m just too used to seeing the fences in the U.S. The ones that surround every suburban backyard and demarcate every property line of an industrial area. In the Philippines, however, one feels surrounded by clusters of small homes and storefronts scrunched up next to each other, built wherever there’s a morsel of spare land. Even nature’s boundaries are breached. The poorest of the poor build shanty houses on stilts, one right after another over the ocean inlets, stretching out as far as humanly possible beyond the water’s edge. There’s no easy way for an outsider like me to tell where one person’s property begins and another’s ends.

I suppose that’s why the 14 foot tall cement fence surrounding the home at My Refuge House seemed so out of place.

As we drove up to My Refuge House, the first thing I saw was the fence. Its four gray cement walls tower around the home. On one side is the only gate, which a female security guard keeps watch over 24 hours a day. One section is made even taller with the addition of aluminum sheet metal, displaying a tacked-on strand of barbed wire, just in case. I couldn’t help but wonder what it must feel like for the girls to live within those four monolithic walls.

I soon found out.

When inside, we were quickly greeted by all the girls, ranging from ages 14 to 17. They were so excited to meet us. It was recognition day at the house, and they had put together a makeshift stage displaying a banner that read, “Our Nation’s Future Leaders.” The girls sang songs, performed carefully choreographed dances, and received achievement awards in education and life-skills—all to rounds of applaud and cheering from everyone. Several girls took center stage giving short speeches about how they came to My Refuge House and what they’ve been learning since arriving. One girl, getting a little choked up, said that My Refuge House taught her “the meaning of being young.” Another called this home “a house full of blessings.”

Over the next several days the girls welcomed me into their daily routines: screen printing T-shirts, sewing, volleyball, group devotionals, house meals, and education time. They peppered me with questions about California, wondering if it’s really like what they’ve seen in the movies, and if I live anywhere near Justin Bieber. They also had so much fun teaching me how to say things in Filipino.

In the hallway, there was a collage of portraits of female leaders in the Philippines, role models. A reminder to the girls of what’s possible. During my visit, two girls received notice that they passed their high school equivalency exam. Now they have a chance at college. One girl told me she wants to be a singer. Another a veterinarian. Another a writer. In here, they believe they can be. That’s hope. That’s faith. They made me a believer too.

Fifteen-year-old Rosa is one of those believers. In group devotional time, Rosa read a few sentences she had written on a folded piece of paper. She started reading, but teared up quickly, barely able get the words out. She told of how frightened and alone she felt when she worked in the “bar” (the word the girls use for nightclubs that are fronts for brothels). She said that one night she prayed to God, pleading for him to take her out of there. The very next day, she was rescued by authorities and later brought to My Refuge House. Was it a God thing? Rosa sure thinks so.

Rosa didn’t describe the “bar,” but I couldn’t help but wonder: Were there locks on the doors there? Were there fences and walls to keep her in? Or was it the worst kind of walls: the ones in a young girl’s mind that keep her trapped, believing that she cannot ever be anything than what she is right now, and that there is nowhere else for someone like her to go. 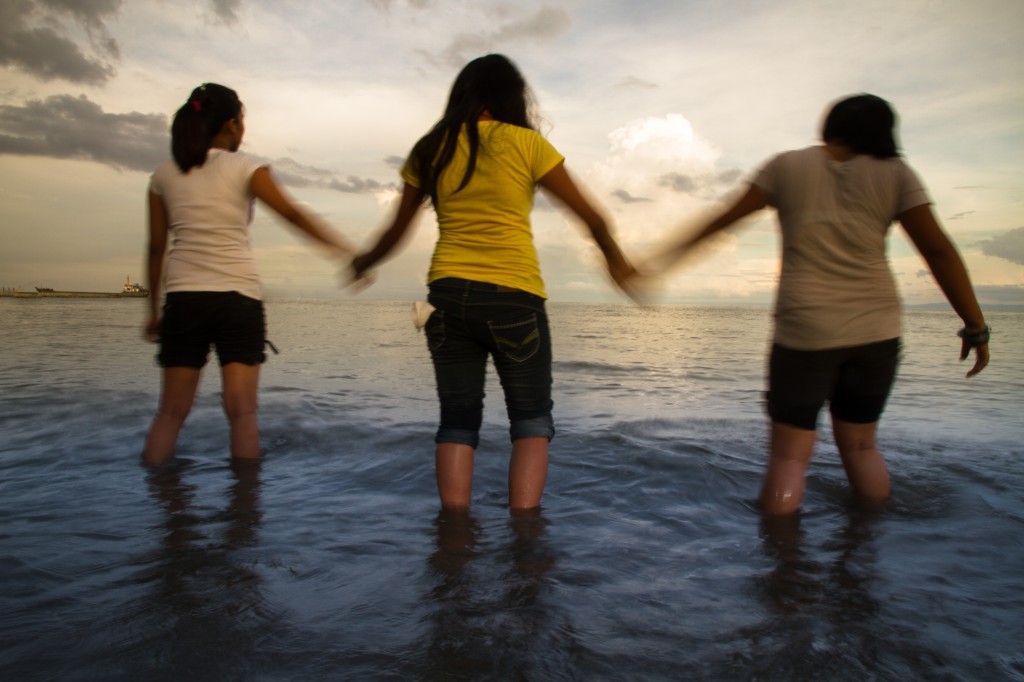 On my last day at the house, I stood by myself leaning against the railing on the balcony, looking down at the front yard with its two jackfruit trees, a few eggplants in the garden, and a volleyball net. Out of the corner of my eye I could see two girls sitting on the front porch chatting about whatever teenage girls chat about. It felt peaceful in that moment, so peaceful.

And then, I got it. That tall cement fence that surrounds all this isn’t meant to keep the girls in. It’s meant to keep the scary out. In here, it’s a different world from the streets and nightclubs the girls came from. Inside these four walls, this place of refuge, the girls are free. Free to dream, free to hope.

Eventually, they will have to leave the safety of these four walls. Some will return to their families. Some off to college. Some out to pursue careers. Those thoughts make me feel like a mom worrying about her children. What if it’s too dangerous out there for these girls? What if they can’t make it? What if it’s too much for them to handle? So many what if’s. 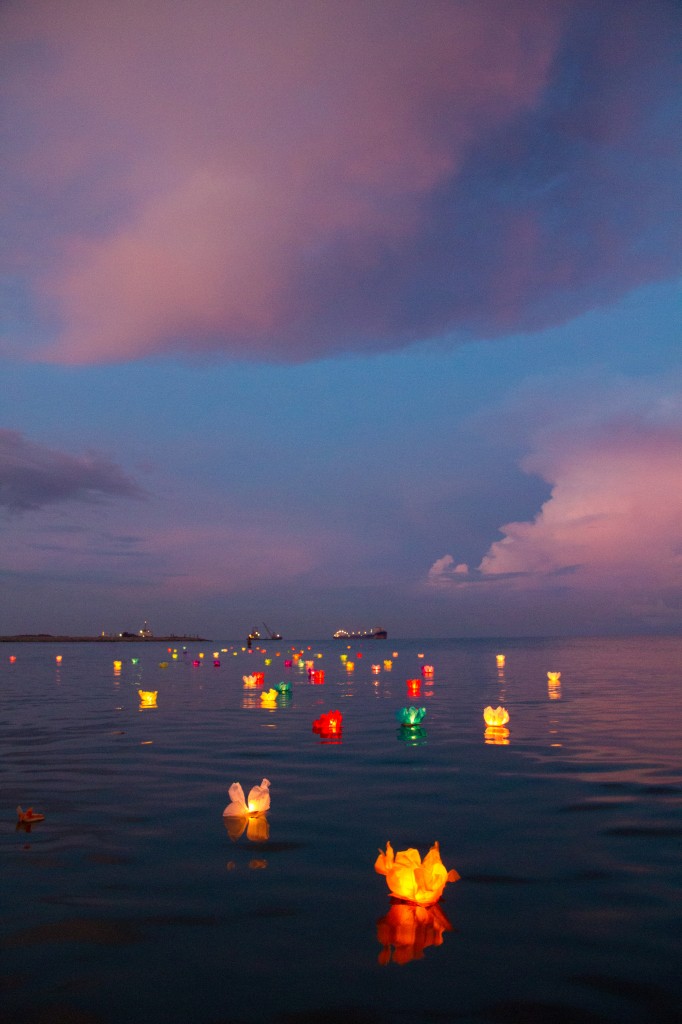 I was told that My Refuge House has one staff member whose sole job is to follow up with and support the girls after they leave the house. That makes me feel a little better … a little.

There will be hurdles for these girls to jump and problems to struggle through. And there will be setbacks and disappointments too. I know the statistics, and they’re not always encouraging.

But these girls are no statistic. Rosa is not a statistic. She is a girl who, for possibly the first time in her life, feels free. In the years to come she will have much to overcome as she continues to recover from her past. But she has already overcome so very much. If that is possible, why not anything?