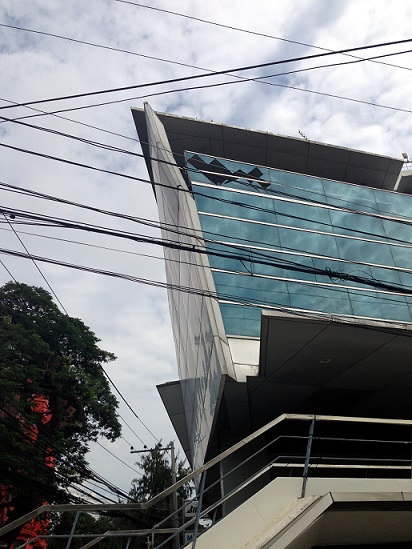 As many of you may have heard, earlier this week, there was a huge earthquake in Cebu, Philippines where My Refuge House is located. The epicenter of the earthquake was in the island of Bohol, which is exactly 50 miles from Cebu. The 7.2 magnitude earthquake was devastating for the region.

Thankfully, the engineers who constructed My Refuge House two years ago, and the ones currently working on our new building were very good, and though there are a couple of cracks in our cement building, We don’t believe any of the damage was structural. (A city representative with be visiting later this week to confirm.)  In addition, as far as we know. none of our staff, girls, or families were directly devastated by the earthquake. Our office building, which we rent, has suffered some damage and is currently vacated until it can be assessed for safety. (See picture of our office on the right).

We are thanking God for his protection during this catastrophe. In addition to all our girls and staff being safe, I left the building pictured to below exactly ten minutes before the earthquake hit, and was spared from ruining the borrowed vehicle I had parked next to the demolished cars in the picture (or getting hurt!) Also, Tuesday was a national holiday, so no children were in schools and few people were in the high rise buildings downtown. 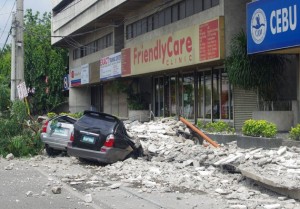 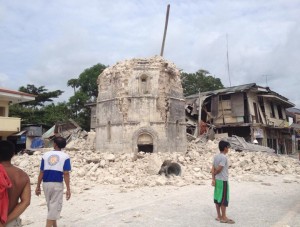 Currently, the death toll is at 144 people in the islands of Bohol and Cebu. At least three churches that are 300-400 years old were destroyed in the quake.  In addition, over 200 aftershocks were felt within the first 12 hours, many of them over a 5 in magnitude.  The public hospital was declared unsafe, and patients were forced to lay their cots on the streets surrounding the hospital.

According to Renato Solidum, the Director of the Philippine Institute of Volcanology and Seismology a magnitude 7 earthquake has an energy equivalent to 32 around 32 Hiroshima atomic bombs. And this earthquake was a magnitude 7.2 earthquake.

If you would like to contribute directly to earthquake relief, or to the work we are doing daily click here. 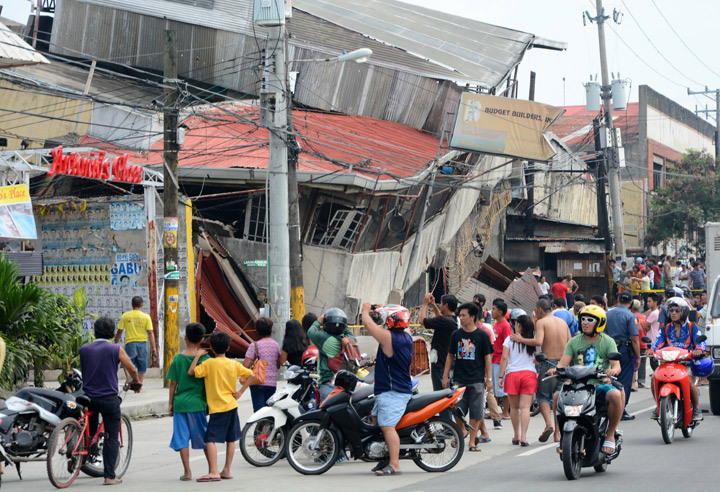 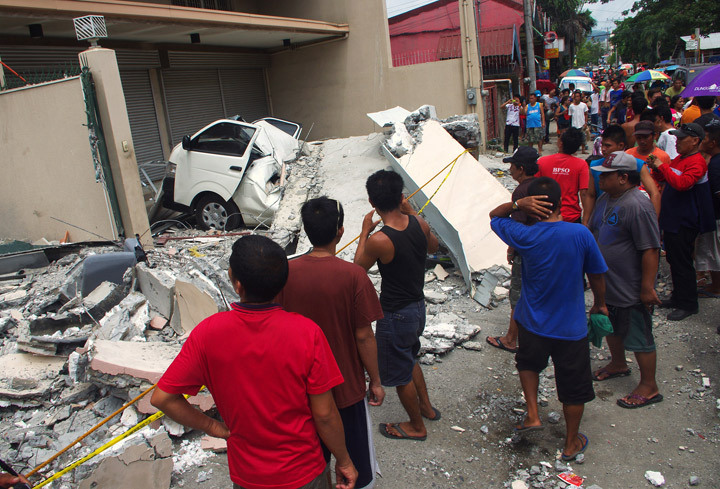 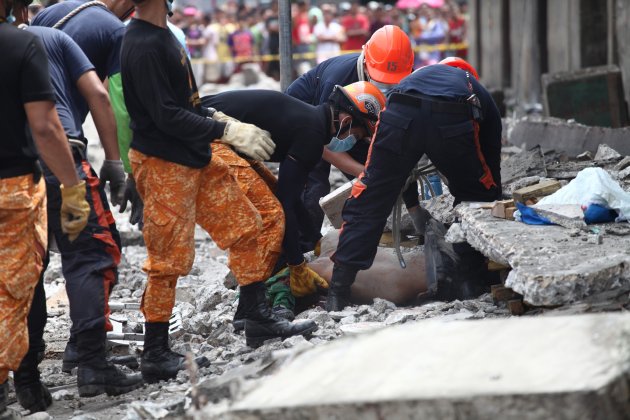 Dreams Worth Surviving Birthdays and Miracles
Scroll to top