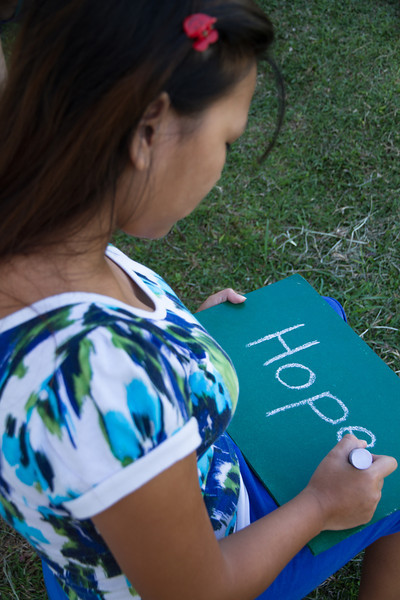 On August 28th, 2013, the world celebrated the 50 year anniversary of Martin Luther King Jr’s famous “I Have A Dream” Speech during the 1963 march on Washington for racial equality. For the past 50 years millions of people have dared dream along with MLK for an end to racism. And great progress has been made. Progress many people never dreamed possible until that day, 50 years ago when MLK spoke it with confidence and fervor.

It got me thinking– what are my dreams? I have dreams to one day raise a family and maybe get a Ph.D. I have specific dreams for specific people in my life, for them to mature and grow and make decisions that will honor themselves and God. I have dreams for the girls at My Refuge House– to rise above all they have been through and grasp a new future. And I have a dream for the end of human trafficking in our world, in our lifetime.

For some people it’s impossible to dream big, when the essentials of life are not accessible to them. I then thought of Carrie, 15 years old,  who was rescued in Cebu en route from her tiny fishing village to Manila where her trafficker intended to sell her and sexually exploit her. Thankfully she was rescued before she was exploited and brought to My Refuge House With only a sixth grade education, Carrie did not even dare to dream for her own future. She wanted to be a maid or a clerk in a corner store, because those were the only jobs she could think of that didn’t require an education, and she knew it was impossible for her family to afford her education. Now, 2 years later, Carrie is almost 18, has earned a GED, and is currently studying for a college scholarship exam! 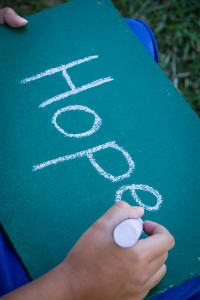 It took over six months of being surrounded by hope and opportunity for Carrie to begin to dream about her future. I can still picture her, laughing dismissively at the thought of graduating. She had convinced herself it would never happen and couldn’t even entertain the idea for months. But thanks to the care, the love, the hope spoken daily to her about a different kind of future, Carrie rose up to be one of the most determined girls at My Refuge House.

Martin Luther Kind Jr shouted a dream that other people had barely been able to whisper. He made it possible for us to dream (and fight!) for equality and justice.

Your gifts and prayers that allow our staff to pour love into Carrie’s life daily, made it possible for her to dream (and fight!) for a new future for herself.

Will you pray for Carrie as she studies for her scholarship exam? Will you consider making a donation to provide for her daily care and education at My Refuge House? Carrie’s new dream is to teach elementary school. Will you dream with Carrie of the possibilities for a new future?

Carrie’s dreams– and the dreams of the other girls in our home– are worth surviving the next 50 years.

So is the dream for no more victims of trafficking in our life time.

Do you want to leave a note of encouragement for Carrie? Write in the comments and we’ll be sure she gets it!

Why She Serves– By Nannette Ricaforte Magnitude 7.2 Earthquake in Cebu
Scroll to top