Today’s post comes from our dear friend and catalyst, Nannette Ricaforte. Nannette has been an integral part of My Refuge House from the time it was a dream, until now, and continues to offer her time and resources (she’s an incredible photographer!) just about anytime we need her. Check out her photos here:  http://www.nannettericaforte.com/ 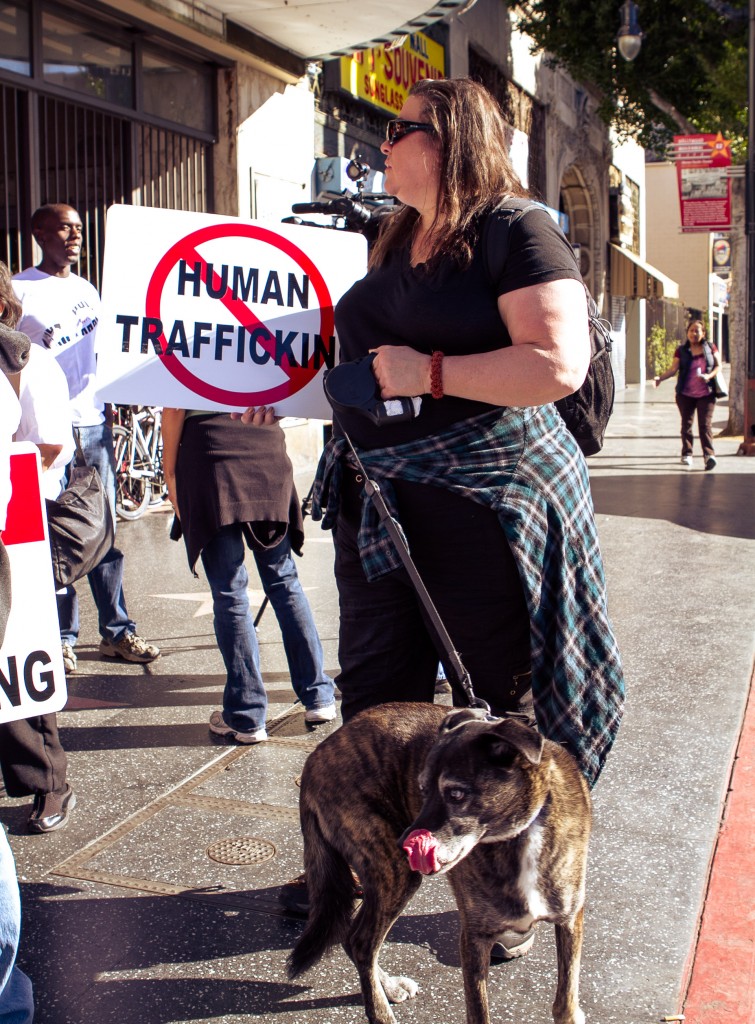 There’s a common misconception people express when they find out I volunteer my time, donate my finances, and devote my life to fight against human trafficking with My Refuge House. I often receive the same response, “That’s so awesome! I wish I had a cause to fight for. You must feel really good about yourself.”

I’m still at a loss for words when I’m in this situation. How do I tell people that fighting against human trafficking isn’t about feeling good and getting the “warm fuzzies?”

It’s not about sitting at my computer feeling satisfied about having “done my part” by clicking the donate button. It doesn’t feel good when every day my inbox is filled with emails containing horrific stories of trafficked victims—some as young as four-years-old—who haven’t been rescued.

How do I feel good about myself living in a world where humans have become a commodity and children are sex objects?

The abolitionist’s work is fraught with frustration when we have raised awareness on the daunting number of people enslaved and we receive ambivalence. Statistics say millions of people are caught in the web of human trafficking and I’m unable to wrap my mind around that.

Another question I’m often asked is how I enlisted in the fight against human trafficking. It began with my friend, Jessica, who read the book, Terrify No More, by Gary Haugan, President of International Justice Mission (IJM).

Her burgeoning idea to build an aftercare for young woman and girls rescued from the sex trade spread like wildfire through her congregation at New Heart Community Church. This modest church in La Mirada, California banded together sacrificing its own needs to ensure residents in My Refuge House were given a chance at restoration and healing.

They embodied the gospel in action and it was a beautiful sight to see.

My sole intention was to be Jessica’s #1 cheerleader without getting involved. After attending the first fundraiser in 2007, I had no choice but to move forward and take action. An abolitionist’s heart lay dormant inside me waiting for the right time to ignite with the intolerance of social injustice.

In 2009, I traveled to the Philippines with my friends Jessica, Abby, and Bienelisa to meet and work with the girls in My Refuge House. The stories of the six girls, ranging from ages 13 to 18 years old, left a memorable imprint on my heart forever changing the way I viewed the world. 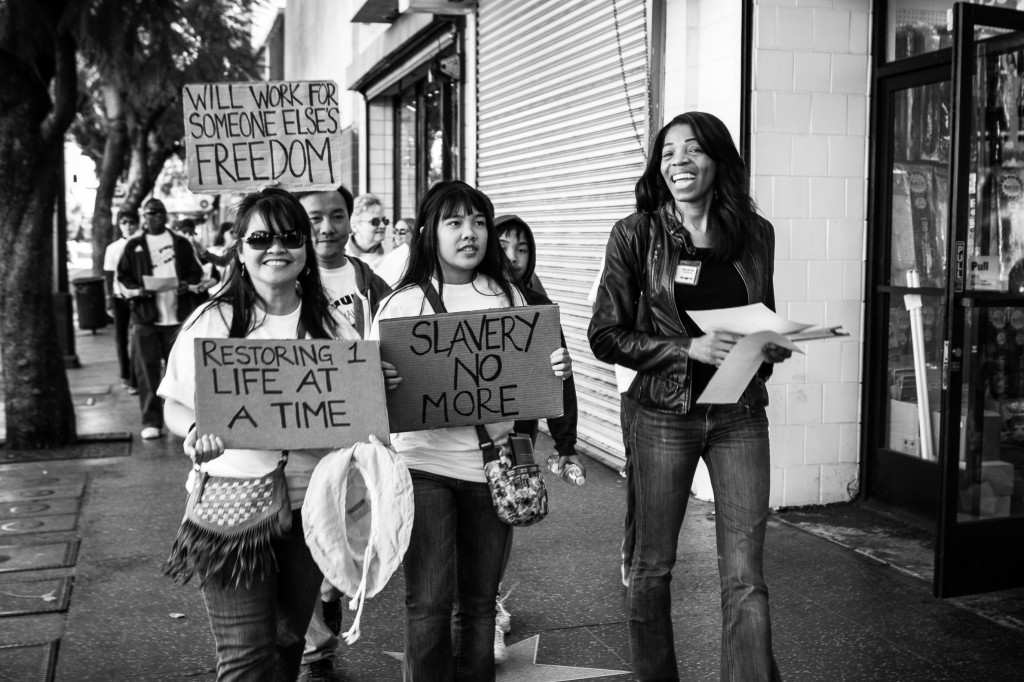 A pivotal shift in my abolitionist work occurred during a justice conference I attended a few years ago. While listening to a speaker recounting a survivor’s story of her struggle with forgiveness, I had one of those ah-ha moments that revealed another reason why I’ve joined the battle against human trafficking.

The survivor’s courage to forgive her perpetrator confounded me. She reached the pinnacle of her healing when she realized that “he took one of my yesterdays but it’s up to me how many tomorrows he gets.”

Those words struck like lightning—a sudden revelation—peeling back another layer of the armor around my heart. As a survivor of domestic abuse my work as an abolitionist was the impetus for my own healing and recovery.

The difficult journey of learning forgiveness began the moment I heard the speaker claim that “forgiveness puts abuse in its place and allows God to redeem your pain.” The fight within me took on fervor so fierce I knew my work as an abolitionist wouldn’t end until I took my last breath.

Through this work I’ve connected and networked with amazing people whose tireless efforts to fight against modern day slavery are inspiring. I’ve labored alongside like-minded fellow justice warriors whose hearts burn to eradicate the scourge of human trafficking/slavery.

To those who believe volunteering for My Refuge House and fighting for injustice is about “feeling good” I’m here to tell you that it’s a misconception. 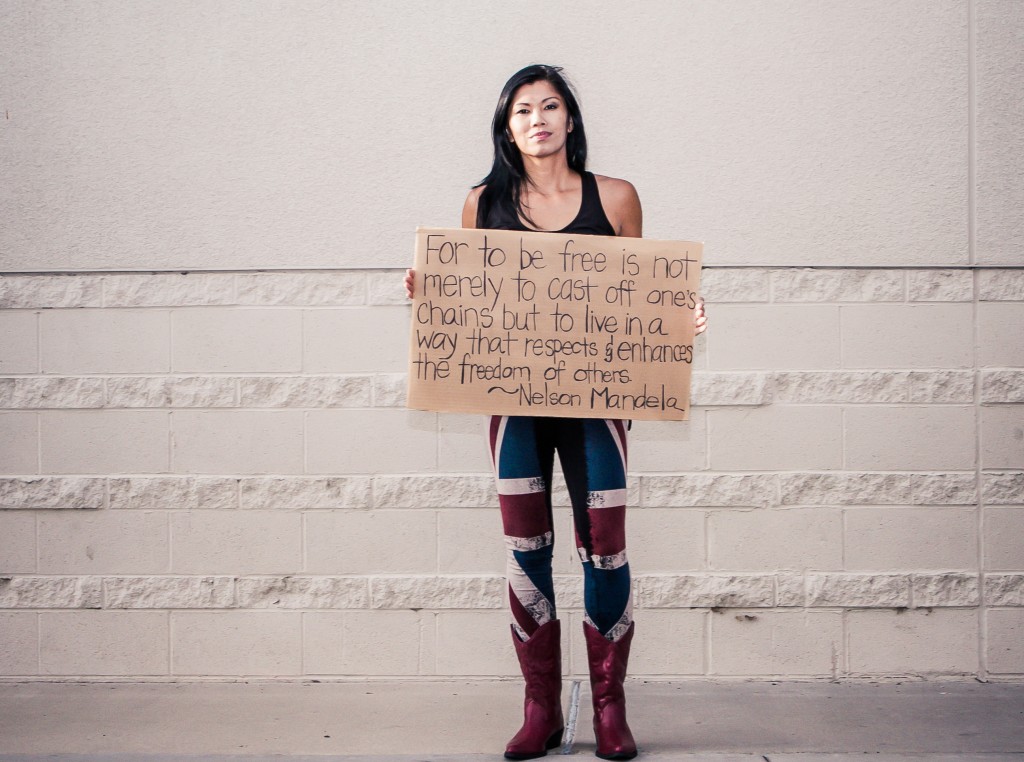 Battling against social injustice will stretch you beyond your limits, drain your energy, and expose hidden truths you can’t ignore as well as test your mettle. You’ll uncover a wellspring of courage within you waiting for such a time as this.

Yet, the obstacles, struggles, and setbacks we encounter fail to deter us from the work we do because thanks to the hundreds of people and organizations like My Refuge House there are hundreds of success stories that validate our efforts. For every victory experienced the reward in our work multiplies exponentially.

On the days when I’m sitting at my desk weeping over the stories of trafficked victims, frustrated at my human limitations, and angry at mankind, I fortify myself with the words of Nelson Mandela: “For to be free is not merely to cast off one’s chains, but to live in a way that respects & enhances the freedom of others.”